Primal Edge Health may collect a share of sales or other compensation from the links on this page. This comes at no additional cost to you, and all the prices and availability are accurate at the time of publishing.

This list of important cooking terms for preparing meat will clue you into common words and phrases used in relation to preparing and cooking meat and other animal-based foods.

If you are learning how to prepare animal-based foods from scratch, at home for the first time there may be a few cooking terms for preparing meat that you aren’t familiar with yet. This is a must-read guide for anyone who loves a meat based keto diet, is considering a carnivore diet, or has a history to malnutrition via veganism. 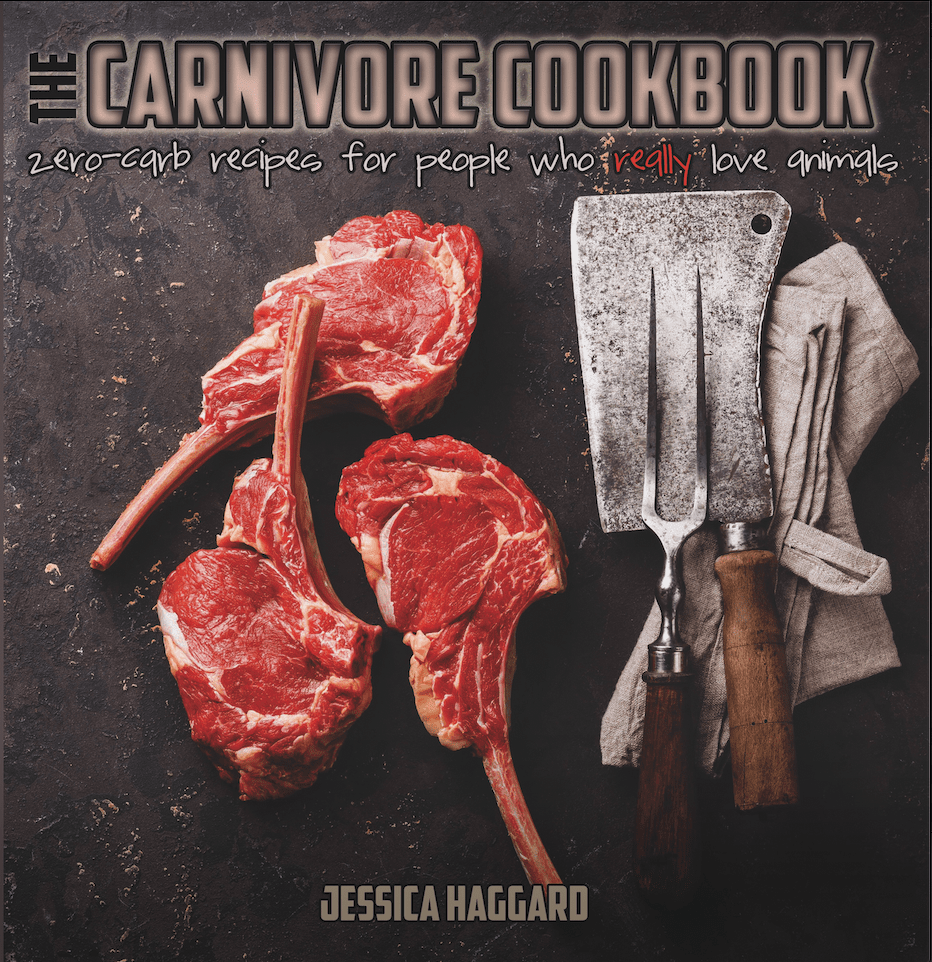 Grab a copy of The Carnivore Cookbook from our shop!

The preparation of animal foods is completely demystified in The Carnivore Cookbook with a focus on nutrient density and nose-to-tail variety.

a la Broche to cook on a skewer over a flame (French).

Baste To moisten food for added flavor and to prevent drying out while cooking.

Blend To thoroughly combine 2 or more ingredients, either by hand with a whisk or spoon, or with a mixer.

Boil To cook in bubbling water that has reached 212 degrees F.

Bone To remove bones from poultry, meat, or fish.

Braise To cook first by browning, then gently simmering in a small amount of liquid over low heat in a covered pan until tender. A cooking technique where meat is browned in oil or fat and then cooked (tightly covered) very slowly in liquid. Braising tenderizes and enhances the flavor of the meat.

Brine A water and salt solution used to clean lobsters, among other uses. Salt and water solution used for pickling and preserving.

Broil To cook on a rack or spit under or over direct heat, usually in an oven.

Brown To cook over high heat, usually on top of the stove, to brown food.

Deglaze To loosen brown bits from a pan by adding a liquid, then heating while stirring and scraping the pan.

Drippings Juices and fats rendered by meat or poultry during cooking.

Grease To rub the interior surface of a cooking dish or pan with shortening, oil, or butter to prevent food from sticking to it.

Grill To cook food on a rack under or over direct heat, as on a barbecue or in a broiler.

Reduce To thicken a liquid and concentrate its flavor by boiling.

Render To cook fatty meat or poultry—such as bacon or goose—over low heat to obtain drippings.

Rest Time for meat (usually steaks and roasts) to firm up and let juices settle.

Roast To cook a large piece of meat or poultry uncovered with dry heat in an oven.

Sauté or panfry To cook food in a small amount of fat over relatively high heat.

Sear To brown the surface of meat by quick-cooking over high heat in order to seal in the meat’s juices.

Simmer To cook in liquid just below the boiling point; bubbles form but do not burst on the surface of the liquid.

Skim To remove surface foam or fat from a liquid.

Steam To cook food on a rack or in a steamer set over boiling or simmering water in a covered pan.

Strain To separate liquid from cooking ingredients and reserve aside; such as to strain broth.

Stew To cook covered over low heat in a liquid.

Tent To cover with foil in a tent shape; covering food during rest time, keeping warm.

Truss To tie whole poultry with string or skewers so it will hold its shape during cooking.

It was a big challenge for me to transition from a vegan/plant-based diet and begin eating meat again. I had very little first hand experience handling, shopping for and preparing meats. Even eggs were a little unknown at the time.

My mom often cooked meals at home from scratch but even though I was exposed to homemade meals the important how-to knowledge didn’t pass on to me directly.

Hopefully, this list of the most important cooking terms for preparing meat will fast track your understanding about meat related terms and help you to confidently read keto carnivore recipes.

Do you have any more terms that still baffle you? Did I miss clarifying a term you see pop up often?

Tristan and Jessica develop simple recipes and provide practical advice so others can thrive on low-carb, ketogenic, and carnivore diets.
Learn more…